Because I Carry A Gun
To Save Lives, Focus on Safety, Not Guns
By: GunThink
Tweets 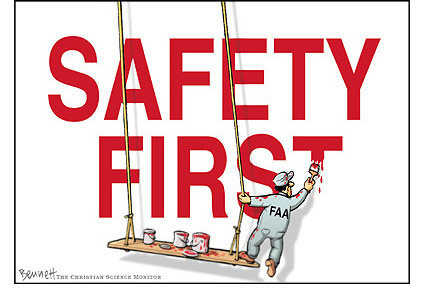 310 million of almost anything will lead to thousands deaths in a year. That's approximately how many firearms there are in the US. 310 million flights of stairs will lead to tens of thousands of deaths from accidental falls in 2013. Over 60 thousand children will be treated in US emergency rooms in the in 2013 as a result of ingesting poisonous household chemicals. Accidents in homes and communities all around America will total approximately 245 deaths every day this year. While less "news worthy," many accidental deaths are preventable and are no less tragic than shooting related deaths.

Accidental deaths don't typically make for a good news story, because they don't all happen in one place at one time. If any of the mainstream media sources were to report in their prime time evening news segment that 245 deaths occur each day from preventable accidents, viewers would change the channel. At best it would be a 30 second piece, else viewers would tune to something more exciting. If your child were to die from accidentally ingesting a poisonous household chemical or falling into a pool, would you grieve any less than if your child were taken at the hands of a shooter? Our answer is "No." So why don’t we spend more time improving the safety of our homes? Shouldn't we focus on holding homeowners more accountable for the safety of their homes? It would likely lead to fewer lives lost than taking 310,000,000 guns away from law abiding citizens, and against the word of the Second Amendment to the Constitution of the United State.

The reason our society isn't more passionate about home and community safety is that we don’t tend to get angry about these things. That's not to say most parents don’t tell our children to look both ways before crossing the street. Likewise, the vast majority of gun owners are responsible and follow basic gun safety rules. It's easy to get angry about a severely mentally ill shooter, or at all gun owners, over the deaths of a classroom full of children. Any shooting event such as the one in Newtown is truly an unspeakable tragedy, but so are the accidental deaths that happen here in the United States at a rate of 245 every day.

Read more about how to make your homes and communities safer by visiting the National Safety Council online at:
http://www.nsc.org/safety_home/Pages/safety_at_hom.aspx.

GunThink serves to de-stigmatize guns, and introduce guns in a positive way to those who are unfamiliar with them. Our website is currently under construction.
More Recent Stories
Featured Stories...
Follow EasyBakeGunClub.com:

Posts: Blogs / To Save Lives, Focus on Safety, Not Guns