Get Your Finger Off The Trigger...
US Attorney lied to a federal judge regarding Ares Armor
By: Jason
Tweets 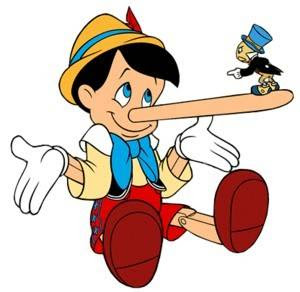 Wait wait wait... I know what you're thinking; "a federal official would lie to a federal judge just to get what they want? Never!". Here's exactly what the AUSA Butcher stated in the response to the TRO:


The United States Bureau of Alcohol, Tobacco, Firearms, and Explosives (ATF) is conducting a lawful criminal investigation of the illegal manufacture, distribution, sale, and possession of AK-15 [sic] variant lower receivers, which are considered firearms under the Firearms Control Act, 18 U.S.C. § 921(a)(3).

An AR-15 is the semi-automatic, civilian version of the .223 caliber M-16 machine gun used by the United States Military. The receiver is the only part of the weapon that is considered a firearm; therefore, it is the part of the weapon that must bear a manufacturer’s mark and a serial number. (All other parts of the AR-15 are considered parts, not firearms.) But the lower receivers at issue in ATF’s investigation do not bear either a manufacturer’s mark or serial number.

Dealing in firearms without a license is illegal under 18 U.S.C. § 922(a)(1)(A).Dealers of firearms are required to conduct a background check prior to transfer under 18 U.S.C. § 922(t)(1). And, because these firearms were manufactured for sale, they are required to have a manufacturer’s marking and a serial number. 18 U.S.C.§ 923(i). Otherwise, there is no way to track them if they are involved in a crime. Plaintiff Lycurgan Inc, dba Ares Armor (“Ares Armor”) is part of ATF’s investigation because it is in possession of approximately 6,000 of these unserialized AR-15 lower receivers. Further, Ares Armor is not a federal firearms licensee, so it cannot legally engage in the business of dealing in these firearms, let alone ones that do not bear the required manufacturer’s mark and serial number. On March 10, 2014, ATF Division Counsel Paul Ware contacted an attorney representing Ares Armor about the AR-15 lower receivers and requested that Ares Armor agree to voluntary surrender them to ATF. See Declaration of Paul Ware. This request was in lieu of obtaining a search and seizure warrant for these items pursuant to Fed. R. Crim. P. 41. Id. Ares Armor’s attorney agreed that it would turnover the firearms on March 12, 2014. Id. This agreement was confirmed at 5:00 p.m. on March 11, 2014.

But, while using one attorney to lull ATF into believing that it would voluntary surrender the firearms, Ares Armor was, through another attorney, simultaneously preparing a lawsuit and applying for a temporary restraining order preventing ATF from taking possession of this contraband. Indeed, Ares Armor’s CEO freely admits to this ruse.

Ignoring the fact that no one is making AK-15's anywhere that I've heard of, is this really a "lawful criminal investigation of the illegal manufacture, distribution, sale, and possession"? 80% lowers are essentially paperweights according to repeated findings by BATFE itself. Seems like AUSA Butcher didn't like getting outwitted by Ares Armor and decided to throw the truth away in an effort to influence a federal judge.

How else can you explain the references to the M-16 "machine gun", repeated references to the lowers as firearms, and the heavy implication that Ares was blatantly ignoring federal law by not serializing the lowers? There is simply no way that AUSA Butcher was unaware the M-16 is not a machine gun, unaware that 80% lowers are not firearms in any way, or unaware that Ares lower's didn't need to be serialized because, again, they aren't firearms. This is either malpractice for lying to a federal judge or malfeasance for having absolutely no concept what he is representing to that judge.

The overreach in this case has been repeated each and every step of the way. BATFE decided they need to look into the process of the EP Arms / Ares Armor 80% lowers. Rather than set up a meeting, review the process and issue a ruling on the parts, ATF demands all inventory and all customer data on the lowers... and then they'll decide if you did anything wrong.

Not exactly due process of law as I was taught it.

I will say that the last paragraph in there makes me smile. Here you have an Assistant United States Attorney, a man wielding the power of the state behind his words and actions... and he's crying because a small business did some legal maneuvering in order to avail themselves of the protection of the legal system.

In the end it didn't even matter since BATFE and AUSA Butcher decided to ignore those legal protections, decided not to wait for the court date (this Thursday), and decided to take a big steaming crap on the legal system and the 4th Amendment.