Tags: jam, jammed, malfunction, Freddie Blish, Robar, Gunsite, LaRue, Aimpoint, ,
This is a guest post by firearms legend LtCol Freddie Blish, USMC (Ret). Freddie has seen it all and done it all - from the Marine Corps to becoming a Range Master at Gunsite Academy to working at LaRue and Aimpoint. Currently, Freddie is working as General Manager at one of the premier gunsmithing facilities in the world - ROBAR Companies based in Phoenix, Arizona.

At ROBAR Companies, Inc. we often receive phone calls or emails from customers stating that their gun is "jamming." Without sounding like a real a$$hole, jam is something I put on my toast. Words have meanings, and in this instance it is always important to use correct terminology so that we can properly diagnose problems with firearms. There are Malfunctions and Stoppages, per Marine Corps MCRP 3-01A & B and Army TM 9-1005-319-10 the definition of each are:

Malfunction occurs when a part of the rifle fails to operate according to the specification. Anytime a rifle has a malfunction it will need to be fixed by an armorer or a qualified individual.

Stoppage occurs when something interrupts the cycle of operation (hence stoppage). A stoppage can easily be fixed by the shooter and does not require an armorer or qualified individual to fix it.

The point is that shooters need to understand the Cycle of Operation of their semi-auto pistols, rifles and shotguns, in order to properly understand what type of Malfunction or Stoppage has occurred. Otherwise the cause cannot be properly attributed nor corrected. The majority of the stoppages that occur with semi-auto firearms are magazine related.

Let’s start with the Cycle of Operation for a semi-auto firearm:


CYCLE OF OPERATION
Every semi-auto firearm performs basic steps in order to operate efficiently. A minor deviation from any of these steps can cause a malfunction or deficiency in the weapons ability to fire the round. The cycle of operations for a semi-auto firearm is:

b. Chambering: As the slide or bolt carrier group continues to move forward, pushing a fresh round in front of it, the face of the slide or bolt thrusts the new round into the chamber. The extractor claw grips the rim of the cartridge case. On bolts, the ejector is forced into its hole, compressing the ejector spring.

f. Extracting: As the slide or the bolt carrier group continues to move to the rear, the extractor claw withdraws the cartridge case from the chamber.

h. Cocking: Continuing its rearward travel, the slide or bolt carrier overrides the hammer, forces it down into the frame or receiver, compresses the hammer spring or striker spring, and causes it to engage the lower hammer hook or disconnector.

There are four types of Malfunctions and Stoppages that have been codified at Gunsite Academy, where the modern technique of firearms manipulation began and still continues. They are:

Type I – Failure to Feed or Failure to Fire. Failure to feed can be the magazine, the feed ramp needing polishing, or the chamber being too tight. Failure to fire is most often ammunition related.

Type II – Stove Piping – Vertical or Horizontal. Stove Piping is often a bad ejector or an interruption in the cycle of operation.

Type III – Failure to Extract or Double Feed (two live rounds trying to enter the chamber).Typically with handguns it is a failure to extract, meaning that an empty case is stuck in the chamber and a live round is trying to chamber. Double feeds typically only occur with staggered column magazines in semi-auto rifles.

Type IV – Failure to go fully into battery. This is usually an obstruction in the chamber or damaged ammunition.

Understanding both the Cycle of Operation for a firearm, as well as the Types of Stoppages we can now better determine what is occurring in order to make a better diagnosis:

Type IV – Failure to Chamber or “go into battery” – 1) Chamber too tight, 2) Debris in the chamber, 3) Weak Recoil Spring

7. Ejection
Type II – Failure to Eject or Stove Pipe – 1) Broken Ejector, 2) Weak Extractor not holding the round against breach face until meets empty case meets the ejector, 3) Broken or Weak ejector or ejector spring not pushing firmly enough against the empty case to eject it from the receiver.

While the above information covers most of the Malfunctions and Stoppages that do occur, it doesn’t cover everything. However, armed with the aforementioned knowledge a shooter can either resolve the Stoppage on either the one way range or the two way range, or be better able to explain what is occurring to their firearm to an armorer or a gunsmith.

Finally, a firearm, much like an internal combustion engine, requires lubrication to function properly. While ROBAR’s superb NP3 and NP3 Plus platings help minimize the requirement for lubrication, it is always wise to use a quality lubricant like SEAL1, RAND CLP, EWL Slip 2000, MPRO7, etc. on your firearm. 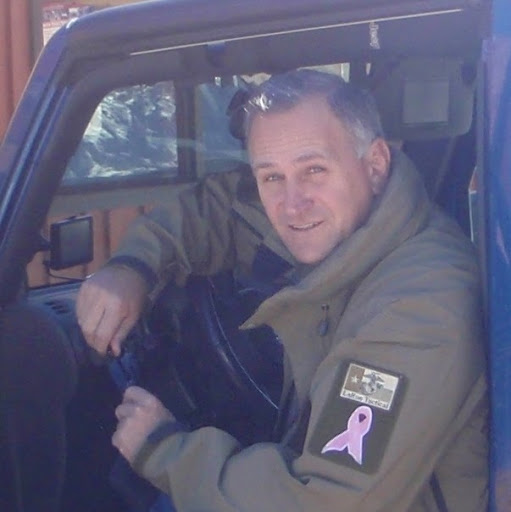 LtCol Freddie Blish is a veteran of the United States Marine Corps, a former Range Master at Gunsite Academy, and an industry insider who has been a Director at LaRue Tactical and Aimpoint. Freddie is currently the General Manager of ROBAR Companies - one of the finest gunsmith operations in the world.