Get Your Finger Off The Trigger...
What SHTF looks like: Ferguson, Missouri riots
By: Jason
Tweets

Tags: SHTF, riots, Ferguson, Missouri, survival, prepper, mental exercise, Foot Locker,
Watching the news tonight I realized that the Ferguson, Missouri riots are a small version of what preppers prepare for. In this small St. Louis suburb of 21,000 people we've seen peaceful protests quickly spiral into all out rioting in the streets. Police are reporting:


- Fire-bombings (yes, the Molotov cocktails have made their appearance already)
- Numerous shootings

Ferguson called for help from neighboring agencies and over 300 officers are now on the scene... yet the riots have continued for two days.

Police say 4 people have been hospitalized and 47 people have been arrested since the scene started but those numbers don't explain a reality on the ground - good people are trapped in what some are describing as a war zone.

Police are reporting that numerous shootings including a man in yellow truck who opened fire at officers at the WalMart, reports of shots fired at a police helicopter causing the FAA to create a no fly zone over Ferguson. Most recently, at 1:30 this morning (August 13th), a woman was shot and killed in a drive by.

UPDATE: At 2:50 police received a call of reporting four or five men armed with shotguns and wearing ski masks and they got reports of shots fired in the area. When officers arrived one of the men turned aimed a weapon. An officer fired first and critically wounded the suspect. Most large scale situations would start with small scale civil unrest turning suddenly into riots and now we're seeing these reports of roving gangs. Have you planned for something like this?

Have you discussed the plan with your family members? What happens if the riots continue for 4 days, 5 days, 10 days?

This isn't the Mad Max scenario so many people envision, this is the more likely world of short term, localized unrest. Just a handful of miles away from the epicenter of the ourburst, there is no crisis so the danger zone is relatively small this time. If you had no vehicle - or if police refused to let you leave the "containment zone" around the area - would you have what you needed on you or in your home? Would you have the means to protect yourself, your family, and your property from the roving gangs already forming?

Do you have medical supplies to treat any injuries you or your family members sustain? How fast do you think the ambulance is coming if it comes at all?

What other concerns do you have in this kind of scenario? This is a good time to run a mental exercise and see how well thought out your plans really are. 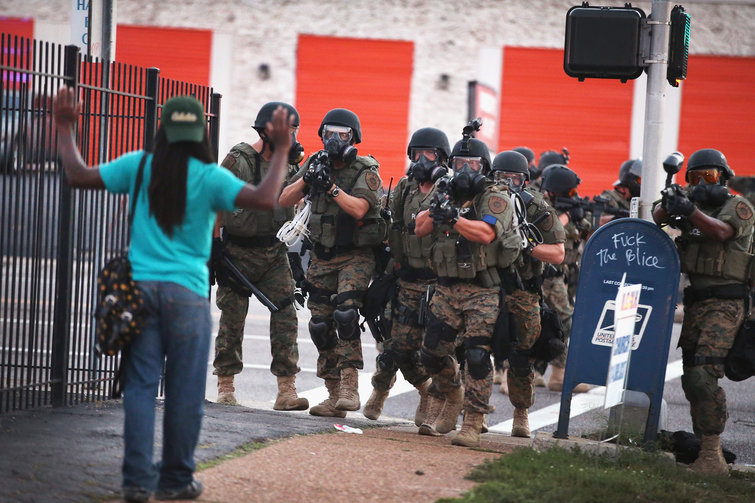 Do you appreciate the irony of the "fuck the police" written on the mailbox?