June Defensive Gun Use Report
CNN: It Doesn't Matter If Gun Violence Is Down
Posted by: Jason
Tweets
Resource: http://townhall.com/tipsheet/katiepavlich/2012/12/17/cnn-anchor-it-doesnt-matter-that-gun-violence-is-down-n1468682 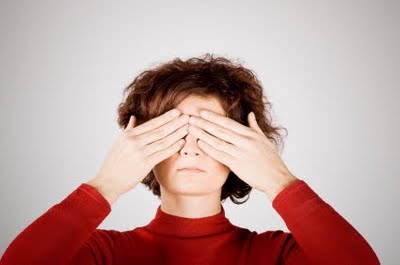 Statistics help in times of tragedy because the worst time to make any major decision is when you are fraught with emotion. Statistics give us a better perspective on a larger scale rather than our small segment of the world.

CNN's Don Lemon has had the heart wrenching task of being assigned to follow up on the Newtown, Connecticut massacre. He's gone to the funerals and he has been there with the parents. I understand his emotion and do not envy his current assignment. I still expect a level of integrity and perspective from someone purported to be a major network journalist.

In a discussion on gun rights / gun control Lemon said, "It doesn't matter if gun violence is down. 20 children are dead here and 6 adults are dead, and the mother of a person who was not mentally -- who is mentally challenged in some way is dead. so to say that gun violence is down -- we need to talk about mental health, yes. mental health is a secondary issue. We need to get guns and bullets and automatic weapons off the streets. They should only be available to police officers and to hunt al Qaeda and the Taliban and not hunt children."

It doesn't matter that gun violence is down? Why's that, Don? Is it because the reality of less gun violence doesn't fit with your emotional response?

For decades now gun rights have been expanded, concealed carry has been expanded and yet the crime rate has plummeted. To pretend that those numbers don't matter is to cover your eyes and ears like a child and hide from reality.

Tragedies are, sadly, one of the few times our nation looks at it's problems and tries to address them in any meaningful way. The decisions made after these tragedies, just like any decision after a tragedy, are wrapped around emotional issues rather than logic supported by facts and statistics.

In Don's rant he talks about automatic weapons... Why? There were no automatic weapons used, but the imagery feeds into the emotion. Don then goes on to say that.[i]"mother of a person who was not mentally -- who is mentally challenged in some way is dead. so to say that gun violence is down -- we need to talk about mental health, yes. mental health is a secondary issue."

Secondary issue? If you recognize that the killer was a mentally ill or mentally challenged individual, how can you say that is a secondary issue to discussing an inanimate object. I know than many people have developed a gut level of fear of guns - I do not understand that fear, but I accept the data that shows it.

Our mental health system is in shambles and even Mother Jones magazines research on mass killings discusses this:

A major New York Times investigation in 2000 examined 100 shooting rampages and found that at least half of the killers showed signs of serious mental health problems. Our own data reveals that the majority of mass shootings are murder-suicides: In the 62 cases we analyzed, 36 of the shooters killed themselves. Others may have committed "suicide by cop"—seven died in police shootouts.

Mental illness among the killers is no surprise, ranging from paranoid schizophrenia to suicidal depression. But while some states have improved their sharing of mental health records with federal authorities, millions of records reportedly are still missing from the FBI's database for criminal background checks.

To say that mental health is a secondary issue given the proliferation of mental illness among exactly these people is to hide your head in the sand and ignore the facts. While the days of Walter Cronkite are over, I expect more from the press than this; Posts: News / CNN: It Doesn't Matter If Gun Violence Is Down