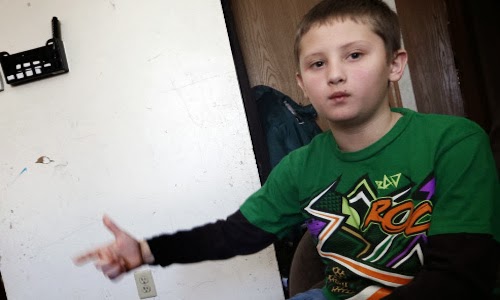 Yup, the 10 year old made the traditional finger gun while goofing off with a friend in class. No other kids saw it but the teacher did and, thanks to Ohio's zero tolerance law related to classroom disruptions, that was that. Nathan gets three days at home watching Spongebob.

That said, how cool would it be to know that your finger's make a level 2 firearm look alike? I mean, exactly how do I do that? Does the kid have magic hands that make it look more like a gun? If so, how do I get some?

I'm not even getting into yet another discussion about how stupid the response to finger guns is right now. Instead, let's figure out the Columbus City Schools statistics look like this:

I suppose when you're terrified of inanimate objects even a finger gun is more worthy of expulsion than bullying and harassing other students.