Get Your Finger Off The Trigger...
Defensive Gun Use Report - May 2014
By: Jason
Tweets

Tags: guns, Defensive gun use, gun statistics, stories of self defense, good guys with guns, multiple attacker,
According to Mayor Bloomberg and Moms Demand Action, May was the month that didn't happen for defensive gun use. Why? Among this months stories of self defense we had Good Guys with Guns, multiple armed attackers, and people using rifles to defend themselves and their families.

You know - all the things that Bloomberg and Shannon Watts say never happen.

We can only cover stories the stories we find
Despite the fact that they happen every day, Defensive Gun Use stories are often hard to find. They typically get only local coverage, sometimes as little as a small blurb in the local paper. Despite over 250 individuals searches each day, we don’t find everything.

If you see a defensive gun use story and would like to help make this report as comprehensive as possible, send it to us through the Contact Us form below, through Gmail (easybakegunclub@gmail.com), or through Facebook.

Thanks to everyone who contacted us with a story this month - your help is appreciated.

We only include clear cut self defense cases
Yes, we leave some stories off because they are ambiguous or simply don't have enough information to call them defensive gun uses. Since most DGU stories receive minimal coverage we do our best to get to the facts in the case. Sorting through misleading media headlines is confusing at times.


GOOD GUYS WITH GUNS
Shannon Watts, the Founder of Moms Demand Action stated, "This has never happened. Data shows it doesn't happen." Sorry to break it to you Shannon, this happens each and every day. 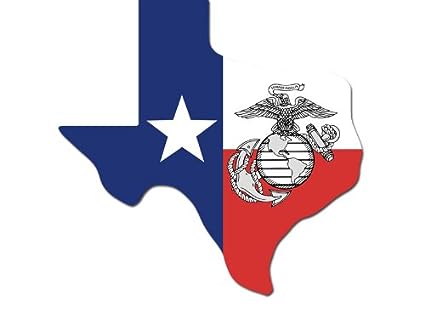 May 29th - While eating at Quizno’s a United States Marine witnessed two men put on bandannas, grab guns, and enter the Gamestop next door. The combat veteran grabbed his gun, took cover behind his truck and confronted the men as they left the store.

One of the robbers took a shot with his handgun. Bad choice. The quick gunfight left the robber fatally wounded and the Marine unharmed. Semper Fi!

May 10th - Did you hear about the shootout at an Arkansas mall? When a stalker threatened his ex-wife with his handgun in the parking lot of the Central Mall in Ft. Smith, Arkansas, he was shot and killed by two concealed carrier friends of the woman.

May 31st - An off-duty police officer working security at Waffle House kicked three people from the restaurant. As a woman fought the officer her boyfriend drew a gun and shot the officer three times in the back. A concealed carrier, the officers brother drew his handgun and returned fire and shot the gunman.

Next on our tour of things that say never happen is everyday citizens using rifles to protect themselves, their families, and their friends using an rifle. Gun statistic deniers (that’s a fancy way of saying gun grabber) particularly have a fetish for the AR-15 style "black" rifles. It’s because their black, isn't it?

Wrong again gun haters, here’s just a sample of people using – or threatening to use - a AR-15 to defend lives.

May 17th - Sometimes, all it takes is the threat of a gun… especially an AR. When five armed intruders stormed a Nevada home, they thought they had the situation in hands. One of the intruders was caught at gunpoint by an armed homeowner and hid in the bathroom. Meanwhile, the other four grabbed three residents, forced them onto the ground and held them at gunpoint.

That is, until one of the residents screamed out for the man upstairs to "Grab the AR-15". That's when the four intruders downstairs went running - abandoning their accomplice inside the home with a very pissed off family.

May 12 - North Carolina resident Jonathan Haith was startled from sleep to the sounds of an intruder kicking in his door. Jonathan grabbed his AR, went to investigate, and came face to face with an intruder armed with a 9mm handgun.

"He shot first, I shot second. He missed and I reckon I connected," Jonathan said.


May 3rd - An Indiana interrupted a bachelorette party by trying to break down one of the doors to enter the home. The soon-to-be brides father-in-law didn't take kindly to this kind of shenanigans so he grabbed his rifle and confronted the would-be robber. 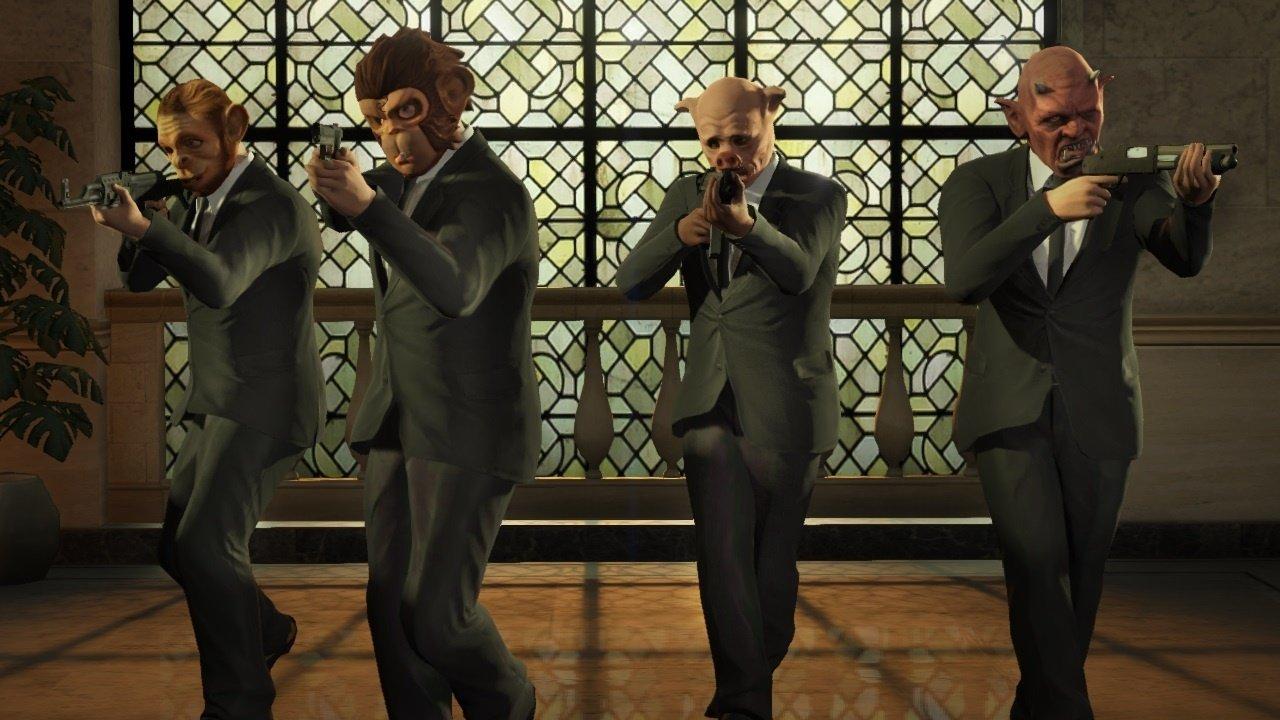 WHERE THERE'S ONE SCUMBAG, THERE'S TWO... OR FOUR

Multiple attackers? According to gun control advocates, this is the stuff of tinfoil wearing nut jobs. It never, never, never happens. Yet we documented more than twenty cases of everyday citizens defending themselves from multiple armed assailants - and that's just the stories that made the media.

Let's start with some examples - all from May:

May 27th - "I can tell you... this was a gun battle”. That’s what the Sheriff had to say after a 22-year-old Californian heard someone trying to kick down his door. He woke his 3 siblings, took them to cover, and grabbed a gun from the family safe.

The 22-year-old came face to face with two armed intruders and bullets started flying. Despite suffering multiple gunshot wounds, the man was able to put effective fire into both intruders. One died on the scene while the other fled to a waiting van with two more armed intruders.

May 25th - A North Carolina mattress store owner is kind of a badass. Two thugs posing as customers entered the store. one of them pulled out a gun, aimed it in the owners face, and demanded his cell phone and all the money in the store. The thugs told him they would kill him is he didn't comply. The owner turned around to get the cash but... he didn't comply.

Instead he grabbed his handgun, spun quickly, and shot the robber holding a gun to his head.

May 4th - "If I wouldn't have had my gun I would be dead today". A Detroit woman was accosted by two men on the street as she exited her car. A concealed carrier, the woman started to pull her .45 caliber handgun when one of the men said don't do it and immediately opened fire. The woman was struck three times in the side and once in the hand - but it wasn't her shooting hand.

"I said, 'You mother (expletive),' and pulled out my gun and started shooting." Both scumbags were wounded multiple times. They went to jail and the woman is recovering nicely.

May 15th - A Detroit area man saw people stealing his property and confronted them. One of the robbers immediately pulled a gun and opened fire. The homeowner had better aim.

May 15th - Two armed men entered The African Store in Orlando, Florida. They pistol whipped a store clerk and fired a shot to intimidate people into compliance. The store owner wasn't intimidated. He came out of the back shooting and sent the armed menaces skittering out like an episode of the Keystone Kops.

May 2nd - Three teenagers entered a Pharr, Texas smoke shop wearing hoodies and brandishing handguns. They don't take kindly to that kind of behavior in Texas... the store owner drew his own gun. In the brief gun battle, the store owner was wounded, one criminal was killed, and two criminals fled with stained underwear.

May 2nd - Two Utah men had been harassing a woman by phone. When she stopped answering, they went to her house with handguns. They found out that you don't mess with daddy's little girl.

May Defensive Gun Use Summary

We found a total of 91 Defensive Gun Uses this month, with 31 states showing at least 1 DGU. Texas leads the way as usual, yet this time it was in a tie with Florida at 11 with California and Michigan reporting 7 each. The longer we do these reports the more I believe it's a difference in reporting. Georgia rounded out the top 5 this month with 6 defensive gun uses reported in the media.

Favorite story that didn't get featured:

May 21 - A man entered an off-campus college bookstore and approached the 22-year-old store clerk, Jessica McDonald. He put a can of mace in her face and told her to give him all the money from the register.

The store has a gun behind the counter for robberies and Jessica she was comfortable using it but never thought she would have to - she was wrong. Jessica drew the gun, took aim, and sent the intruder running.

We can't stress enough is that these are only the stories we are able to find in the news. If you hear of stories local to you or anywhere, send them to us so that we can continue to expand the database.

You can search all of the reports on our site (use the search feature if you are only interested in a specific state). We are working on a searchable database for DGU events that will combine all of the reports and have some great tools. Since we are not a sponsored site at this time, this will take a little while to get in place so please bear with us.