Get Your Finger Off The Trigger...
Gun Database > Les Baer Custom > Handguns - Pistols 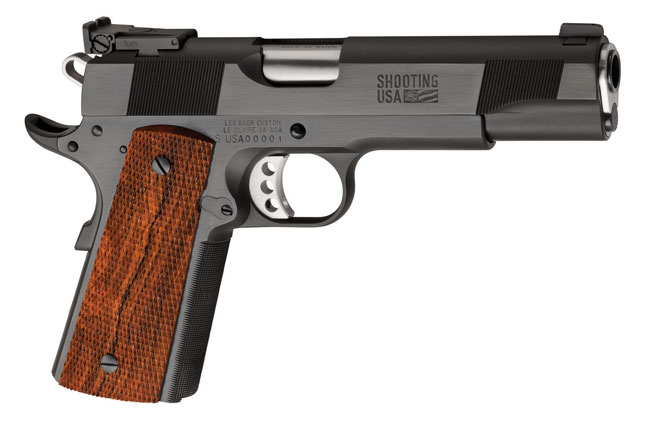 When popular television host Jim Scoutten came to Les Baer Custom with his television crew in November of 2010 to shoot an episode for his popular Shooting USA series, he became an immediate fan of Les Baer's 1911 pistols. At the end of two and one-half days of shooting, Jim and Les Baer agreed to offer a Shooting USA 1911 pistol, built by Les Baer Custom. The special pistol includes most of the features of Les Baer's flagship Premier IIÂ© pistol (see page 8) and also comes with:

"I've seen how Les Baer guns are built. We've told the story on TV. You'll never find a better built 1911, with every part hand fitted for extraordinary accuracy and performance. When we finished taping in the factory, I told Les he isn't charging enough because his guns are worth way more than his price."
Jim Scoutten
Shooting USA