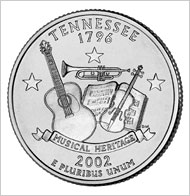 As he walked up to the house he noticed that the lock on the front door had been tampered with.

Ryan then walked around to the back of the house where his father kept a shotgun. Armed with the shotty, Ryan went to investigate. Once inside he heard someone moving around upstairs. Knowing his parents weren't home Ryan decided to wait at the bottom of the stairs with his shotgun.

Just minutes later a man, know identified as Christopher Pack, started to come down the stairs where he saw something like this: As you can imagine, Mister Pack decided he was not interested in meeting Mister 12 gauge.

Ryan held the burglar at gunpoint until authorities arrived. Pack as charged with burglary, drug possession, theft of property and possession of tools used for theft and was found to be wanted on outstanding warrants in three other counties according to authorities.