Because I Carry A Gun
Cheaper Than Dirt Sells Out RKBA
Posted by: Jason
Tweets
Resource: cheaperthandirt.com 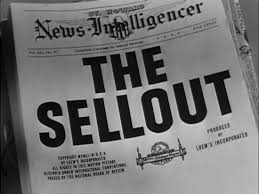 Tags: CheaperThanDirt, Cheaper Than Dirt, RKBA, suspend gun sales, gun sales, online guns, Sell Out,
****UPDATE: CheaperThanDirt.com has announced they will now resume online firearm sales. I know I won't ever do business with them now, will you?****


From "America's Ultimate Shooting Sports Discounter" to "leader in the outdoor industry"? How CheaperThanDirt sold out the firearms industry and gun owners in less than 24 hours.

For those of you who don't know yet, CheaperThanDirt suspended all online firearms sales today.

Our first thoughts? I think Mike's tweet speaks for itself:

Well, we got a lot of retweets and then something amazing happened. People said maybe CheaperThanDirt wasn't selling out. Hmm... is that possible? Well, their motto has always been: "America's Ultimate Shooting Sports Discounter" to "leader in the outdoor industry"

Great motto and something many people have loved about CheaperThanDirt for years. Of course, with the new ban came a banner than said:

"Cheaper Than dirt! has temporarily suspended online sales of firearms. As a long time supporter of the second amendment, cheaper than dirt will continue to promote the safe and responsible use of firearms by law abiding customers. During this temporary suspension we will review our policies and promotions."

Okay, seems reasonable, if a little cowardly. Then I started reading up on the situation and came upon an insidious yet innocuous looking comment on their Facebook page:

“Cheaper Than Dirt! is suspending online sales of firearms effective immediately. We are reviewing our policy internally, and will continue to be the leader in the outdoor industry with our full line of gear and accessories.”

As any advertising or marketing expert will tell you - your motto goes into every press release you do..

So, with no legislation impending and with nothing but a boom in the firearms industry, CheaperThanDirt went from "America's Ultimate Shooting Sports Discounter" to "leader in the outdoor industry". That's a world class sell out.

Courtesy of Easy Bake Gun Cub - "On the web or on the range... The hottest gun club around"