Get Your Finger Off The Trigger...
81 year old woman shoots son in self-defense (Missouri)
Posted by: barstoolguru
Tweets
Resource: http://www.stltoday.com/news/local/crime-and-courts/elderly-woman-kills-son-in-ballwin-home-after-he-attacks/article_684583cf-c161-59fd-8a56-88196843cc4d.html 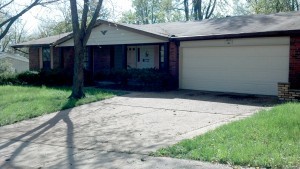 Tags: Brian Walker, Missouri, elderly, senior citizen, Defensive Gun Use,
Police show up to find an 81 year old woman sitting on the front porch with a stab wound to her side. She had to shoot her son after he attacked her with a knife. Johanna Walker told police her son had attacked her with a large knife, when he came at her a second time she shot him twice.

Both where taken to the hospital where Brian Walker, 41, was declared dead less than an hour later. Johanna Walker was treated with non-life threatening injuries