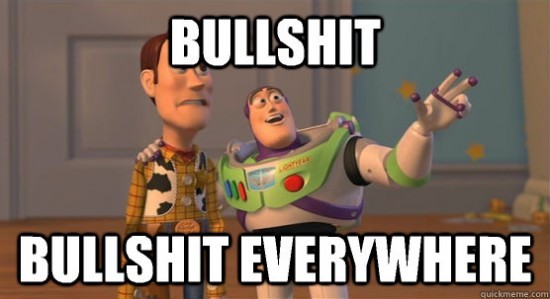 Tags: Judge Shelly Harris, political hypocrisy, smells like bullshit, gun control bullshit,
So I'm visiting Chicago, the town I once called "Like Juarez, but with English".

Beyond the complete blanket of snow and absolutely ridiculous temperatures (hint: move South), my newest gripe about Chicago is Judge Shelly Harris's political ad. First, Shelly is a guy so I'm assuming either his parents didn't like him or his name is Sheldon and he's never gotten past the childhood nickname.

What makes Shelly so valuable that I wrote about him? This wonderful part of his commercial: Along with this image, the voice over states: "...wrote the opinion to stop felons from owning guns".

Really? Judge Shelly Harris did that? All by himself?

Problems with this ad:

Logical problem: If Shelly stopped felons from owning guns, why are so many people still being murdered by convicted felons in Chicago this year?

Factual problem: Was Shelly part of the legislative team that drafted the Federal Firearms Act of 1936 or the Gun Control Act of 1968? No (he graduated law school in 1966) and it wouldn't matter since the ad states "wrote the opinion" not the law.

Since 1936 (and effectively since 1968 due to some loophole closures) it has already been illegal for felons to buy or possess a firearm if convicted of a felony that could be penalized with a sentence greater than 12 months - almost every felony on the books. What Shelly and his gun control crowd brethren seem to miss is that criminalizing an act has no effect on people who are criminals already.

While Judge Shelly's falsehoods have no direct effect on me (I don't live in Chicago or Illinois), I really don't think anyone who resorts to falsehoods on television should be elected to a judicial position.

Hopping off my high horse now.

Update: I got less lazy and searched for the opinion Judge Shelly is talking about. He re-affirmed that felons are banned from possessing firearms. So what did Shelly's opinion do? Nothing but affirm federal law that's been on the books for decades. Way to keep the honor of the bench by being full of shit in your ads, your honor.