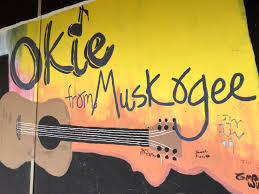 Tags: Kyle Flood, Dana Lewis, ,
Muskogee resident Kyle Flood heard knocking on his door around 9:45 Saturday night. It wasn't Mormons, Jehovah's witnesses or home invaders. It was his neighbor, Dana Lewis. Tana told him three men broke into her home and were robbing her as they spoke.

Dana had managed to flee the home and came to Kyle for help. Kyle went inside and grabbed a handgun. As he came back outside he saw the three exiting Dana's home. Kyle yelled for them to leave but the men approached him. Kyle chambered his pistol (why it wasn't chambered is a whole other conversation) and again told them to leave.

One of the three lunged aggressively at Kyle and he fired a single shot into the mans chest. All three fled the scene, with the wounded man found in an alley nearby. He was taken to Eastar Hospital and died around 5a.m.

Police are looking for the other two suspects, described as white males in dark clothing.