Get Your Finger Off The Trigger...
Robber had mace and a knife, store had 2nd Amendment signage (Missouri)
Posted by: Jason
Tweets
Resource: http://dailyjournalonline.com/news/local/robbery-gone-wrong-for-the-robber/article_250e6219-be03-5d41-ae37-df4cb67f74a1.html 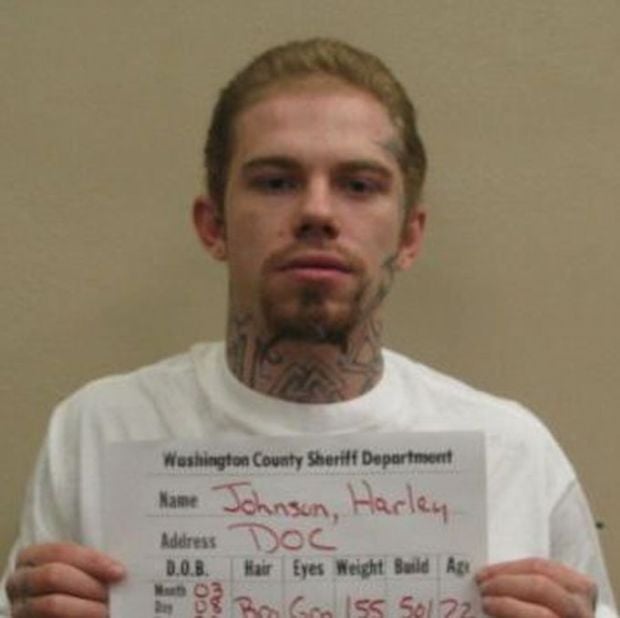 Tags: Cobb's Grocery, Harley Johnson, Kenny Cobb, armed robbery, defensive gun use, knife to a gunfight, Richwoo,
It started out as seemingly a textbook robbery. Walk into the small grocery store when no customers were around brandish a weapon, demand cash, and then jump in the truck and head off long before the local sheriff's deputies could respond the several miles out into the country.

That was the plan 24-year-old Harley Johnson had when he walked into Cobb's Grocery in Richwoods, Missouri around 9a.m. yesterday morning (April 8, 2014) wearing a bandana over his face. Johnson's weapons of a choice? A hunting knife and a can of mace. I think you can already see where this one is going.

While Johnson pointed the can of mace at store owner Ron Cobb and menaced him with the knife, Ron acted as if he was going to get money from the register. Too bad for Johnson that Ron was a distraction while his son, Kenny pulled a gun and aimed at Johnson. He ran towards the door and then turned around - that's when Kenny fired a single shot, striking Johnson in the abdomen.

Johnson fled to his waiting truck and sped away from the scene. He made it about 4 miles before being pulled over by deputies. The truck he was driving? It was stolen. Johnson was transported to a St. Louis hospital where he is in custody while being treated for his gunshot wound.

Back in Richwoods, neighbors are shocked, not so much that a crime happened, but that anyone would be foolish enough to try to rob Cobb’s - a store with Second Amendment signs in the windows clearly indicating employees are armed.

"Everybody knows he’s got weapons and that," neighbor Dennis Spratt said. "You don’t rob that man. No one around here, they know better for years. He's been a retired police officer and firefighter."

Cobb’s son, who fired the shots, was released after brief questioning and was back running the store by noon, just three hours after the incident. Just the same, police aren’t saying one way or another if he might face any charges.