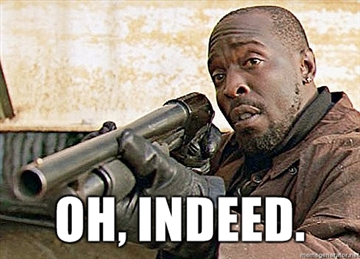 That's right... defensive gun use - not news worth in Massachusetts. Criminals being charged - news worthy.

According to police, the "victim" was a concealed carry licensee who was returning home with a friend when the two thugs confronted them. Blake stuck a shotgun in the victim's face] while Williams put a handgun to the head of his friend and forced them both inside the building.

As Blake turned to talk to someone behind him, the concealed carrier took action. He drew his .357 Magnum and fired multiple shots at Blake - striking him twice in the chest.

Williams fled the scene and police were able to capture him through no bull detective work.

According to Blake's family he was a good kid... because all good kids go out robbing people at gunpoint after midnight. "We need more stuff for these kids to do, then they won't be looking for things to do on the streets," said Kevin Carter who is either ignorant or an idiot.

As Blake held a gun to the "victim's" head the victim drew his handgun and opened fire, killing Blake.

Williams was arrested and has now been charged with attempt to commit a crime, armed robbery, and felony murder.