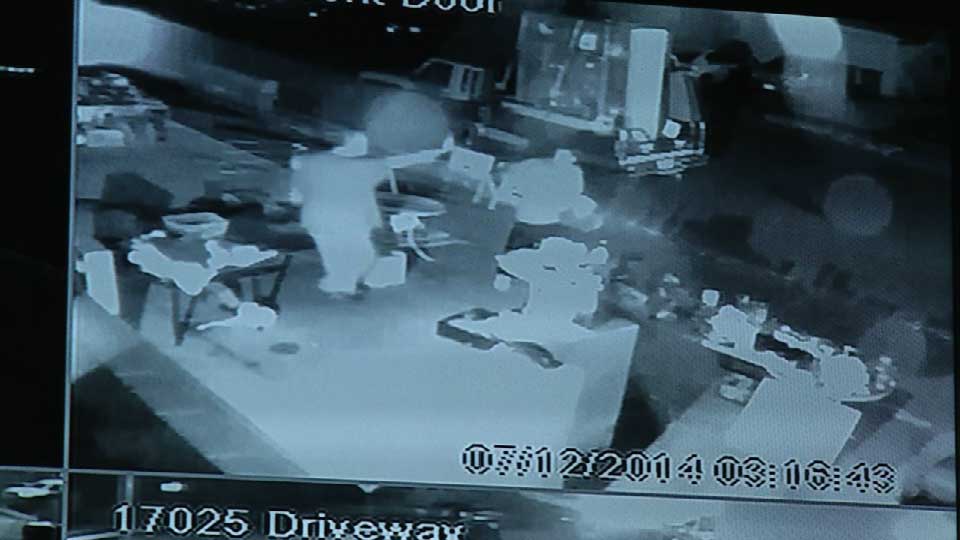 Tags: Robert Spicher Jr., yard sale, neighborhood watch, thief, armed homeowner, defensive gun use, dgu, stories ,
"I didn't hesitate, as you saw, and my finger wasn't on the side of the trigger, it was on the trigger, and had he made any type of move, I would have had to make a different judgment call that most people don't like to make."

Robert Spicher Jr of Portland, Oregon .was up early Saturday morning getting ready for a yard sale that morning when he noticed a stranger pilfering through his items on his 30+ camera home surveillance system.

Robert watched the man grab some candle sticks and then approach the house. That was enough for Robert to grab his handgun.

As you can see on the video below, the thief is just about to the door when he flinches at the sight of Robert, handgun in hand, opening the door and confronting him.

Robert orders the thief to turn around so he can see him and then orders the man off the property. As the man fled, Robert called police and they managed to catch him just a few blocks over and arrested him on multiple charges.