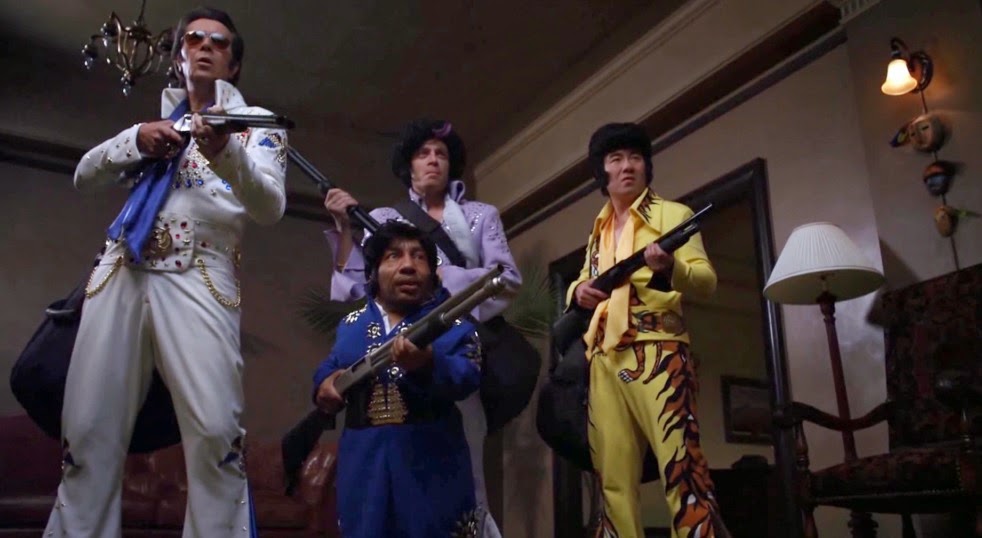 Graceland Too, that is. Never heard of it? Graceland Too is the highly rated, always open alternative to Graceland, a tourist attraction not suitable for children. Always open you say? That's right, owner Paul McLeod says to just knock louder if it's late.

A stranger (although not stranger than McLeod), now identified by police as Dwight Taylor, did just that last night (July 16th). When Paul answered Taylor began begging for money. When Paul said no, Taylor became belligerent.

As Paul closed the door the intruder wedged his foot into the door and forced the door open. He then broke the glass and tried to get at Paul while demanding money again.

Paul grabbed one of the many handguns in the home / museum and shot the intruder with a .45 caliber bullet, striking him once in the chest.

The intruder died at the scene and authorities have said Paul will not face any charges for defending himself.

Perhaps it's time to update the lyrics to one of Elvis's classics:

No word if Paul used Elvis's Colt revolvers (seen below):