Tags: KSG, Kel Tec, ProMag, Archangel, bye bye hand, 12 gauge, lawsuit,
It seems a Virginia man was using his Kel-Tec KSG with a ProMag "Archangel" vertical foregrip when the grip slipped off the front of the rail sending the mans hand in front of the barrel as a round fired.

This is an image of 00 buckshot from a 12 gauge in ballistics gel: 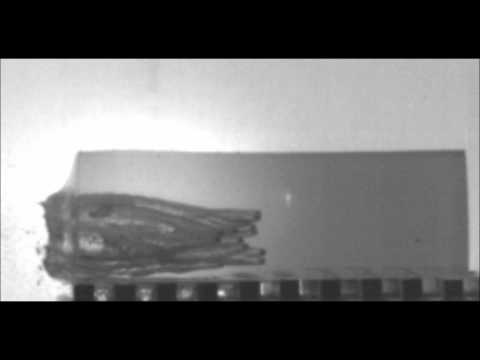 As you can guess, there's no fixing that wounded hand.

The attorney for the wounded man, seeking technical advice on a lawyers-only website stated, "The properly installed [b]forward grip slid off the gun rail while the user was pumping the gun, resulting in the user shooting off part of his hand[/b]."

He continued to say, "Nothing but a polymer nipple secures this grip to the rail -- this nipple partially sheared off during first use."

I'm not a lawyer but I play on on the interwebz. It seems to me that if the user noticed the "polymer nipple" (ha!) had partially sheared off during it's first use - something you would only see by removing the grip and looking - then said user is an idiot for installing the grip again.

I guess Magpul's slogan, "unfair advantage", is even more true now. I mean, it's unfair that the Magpul users have both their hands and this guy only has one, right?

Obviously, we'll be on the lookout for more details. What do you think about this? Do you run a VFG on your shotgun?