Get Your Finger Off The Trigger...
Ferguson Riots Cause Spike In Gun Sales
Posted by: Jason
Tweets
Resource: http://money.cnn.com/2014/08/14/smallbusiness/gun-sales-ferguson/ 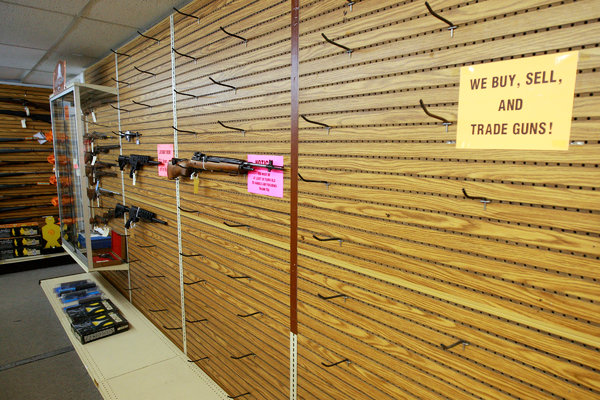 Editors Note: This is a guest post from Julie of the blog Julie on Politics. It was written at the height of the Ferguson protests and thanks to an over-aggressive spam filter and a cold, it did not get posted until today.


We're very excited to have Julie on board as a writer (if she's willing to write for us again after this debacle) and highly recommend her blog. That said, enjoy the post and blame us for the delay.


Gun sellers all over the St. Louis area are reporting a major spike in gun sales in the week since looting and violence broke out in Ferguson, Mo.

One gun shop owner, Steven King of Bridgeton, Mo, told CNN that he is selling fifty guns a day – eight to ten times more than he usually does.

“To put it in perspective, the sales we’re seeing now are like what we see around Christmas time,” he said. "People are coming in with fear in their eyes and they're saying they need something to protect their house. They’re scared to death.”

Another storeowner in the region also reported strong business stemming from the violence in Ferguson.

“Sales have been brisk, and the store is full of people,” said Al Rothweiler of MidAmerica Firearms. “Everyone who bought today mentioned something about Ferguson.”

Steven King said that many of his new customers are first time gun buyers who want to protect themselves from looters.

“[I’ve sold] probably a dozen or two dozen guns to females, single mothers. We’ve sold to black people, white people. We’ve sold to Asians who have businesses on West Florissant.” said King.  “They’re just afraid of what’s going on and they’re coming in to purchase either additional firearms or their first firearm.”

Protesters in Ferguson have been looting, burning down buildings, and throwing rocks at journalists as rioting continues into its second week.