Get Your Finger Off The Trigger...
Is That A Stolen AR-15 In Your Pants or are You Just Happy to See Me? (North Carolina)
Posted by: LilRedDanger
Tweets
Resource: http://www.wlos.com/news/features/top-stories/stories/man-steals-ar15-walmart-18679.shtml#.VIHI_DHN-Sr 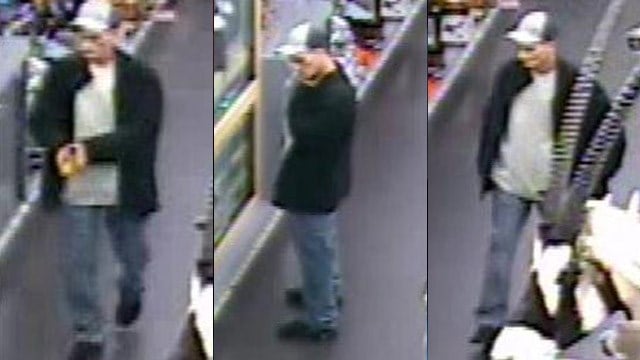 An Asheville, North Carolina man took the five finger discount to another level when he stole an AR-15 from Wal-Mart.

Investigators say the thief broke into a locked gun cabinet in the sporting goods section of the store about 10 p.m.Tuesday.

Surveillance video shows the man stealing an AR-15 rifle and then stuffing the rifle down his pants and exiting the store.

The suspect is described as white and 30-35 years old. He is believed to be 5-feet-8 to 5-feet-10 and 150 pounds with short brown hair. He was wearing a white and blue baseball cap, white T-shirt, blue jeans and a black jacket. The suspect may be traveling in a white, newer model, four-door sedan.


Yes, he stuffed an AR-15 down his pants. Wal-Mart doesn't sell SBR's or even folding stock AR's. We're likely talking about a full size DPMS rifle - and 150 rounds of ammunition because, honestly, what good is a stolen AR without stolen ammunition to fire from it?

So, let's play "how many laws did he break"?

And next time an anti-gunner tells you that universal background checks are the answer, remind them that theives are thieves and have no problem stealing their firearms - even when they are in a locked case with security cameras running and loss prevention officers around.